Top Things to do in Varanasi – Banaras holy city

Varanasi, considered the oldest city in the world with more than five thousand years, is located in the state of Uttar Pradesh in India, on the banks of the Ganges River. Visiting the city of Varanasi gives us an experience that is difficult to express in words.

We try to prepare a list with the essential things to do in Varanasi. Thus, once you have packed your luggage and get the essential travel insurance to India, all you have to do is launch yourself to discover this sacred city.

One of the essential things to do in Varanasi is to take a boat ride on the holy river of the Ganges at sunrise. An experience that will undoubtedly be unforgettable.

The walk will take us along the river offering us a panoramic view of the different ghats, steps that lead to the river, and old palaces on the banks of the Ganges, while we observe the different Hindu rituals that are carried out.

A mixture of colors and sounds that will become a true spectacle for the senses. We recommend you take the walk around 5:30 in the morning to see the sunrise and fully immerse yourself in its spiritual charm.

Visit the temples of Varanasi 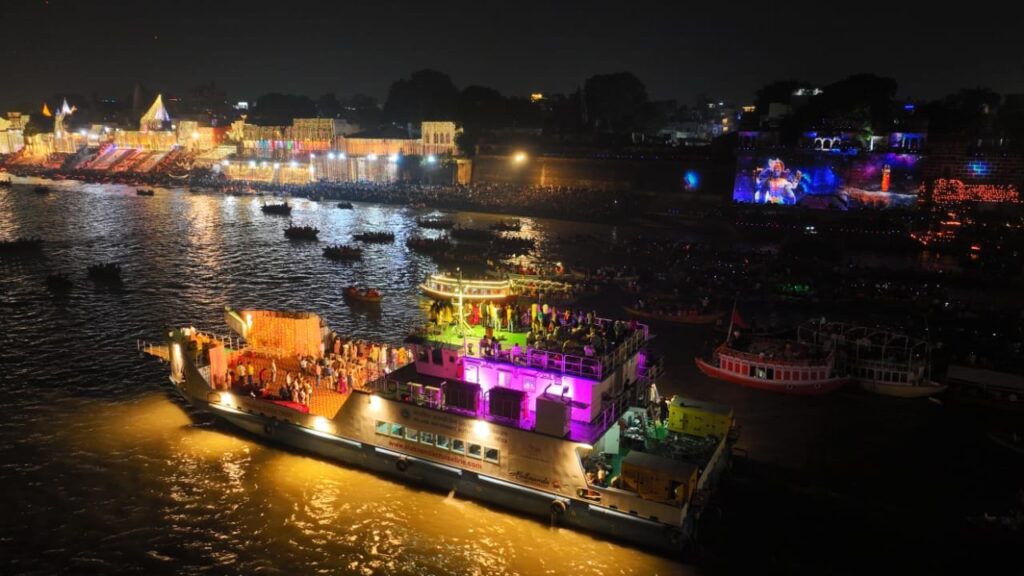 Given the religious nature of Varanasi, temples are the principal highlight on the list of things to do in Varanasi. In every corner of the city we can visit a temple built to honor the gods & goddesses  of Hindu mythology. The most famous temple in the city is the Kashi Vishwanath Temple built in the year 1780.

Bath in the Ganges

The Ganges is considered a sacred river that offers salvation to those who bathe in it. Pilgrims from all over the world come to Varanasi and dip into its waters to absolve their sins and, upon dying, achieve liberation from the painful cycle of reincarnation. Walking through the more than 80 ghats of Varanasi, we can contemplate the spiritual spectacle of the faithful who bathe in the river chanting various prayers. Another of the essential things to do in Varanasi.

As you can see, the options offered by this sacred city are endless. To enjoy it to the fullest, it is essential to have travel insurance to India that ensures that you are in the best hands from the beginning to the end of your trip. Heat strokes, any kind of injuries or digestive problems when eating in restaurants are not uncommon here. All this could mean ending up in medical centers that you don’t even want to imagine and paying very high bills for being a tourist.

In addition to great medical coverage that will give you free access to the best specialists without you having to pay anything, you will also have coverage focused on cases of theft, problems with your luggage, incidents with your flights or even repatriation if you need to be treated in your country.

Watching sunset on the Ghats

Walking through the Ghats that run along the Ganges River is one of the most interesting visits to do in Varanasi and if we do it at sunset it will become a memorable experience.

The city has almost a hundred Ghats that lead to the Ganges and where we have the opportunity to see the baths, rituals and prayers of the faithful in search of their salvation.

One of the main and most interesting ghats to visit is the Dashashwamedh Ghat.

Aarti ceremony on the river Ganges 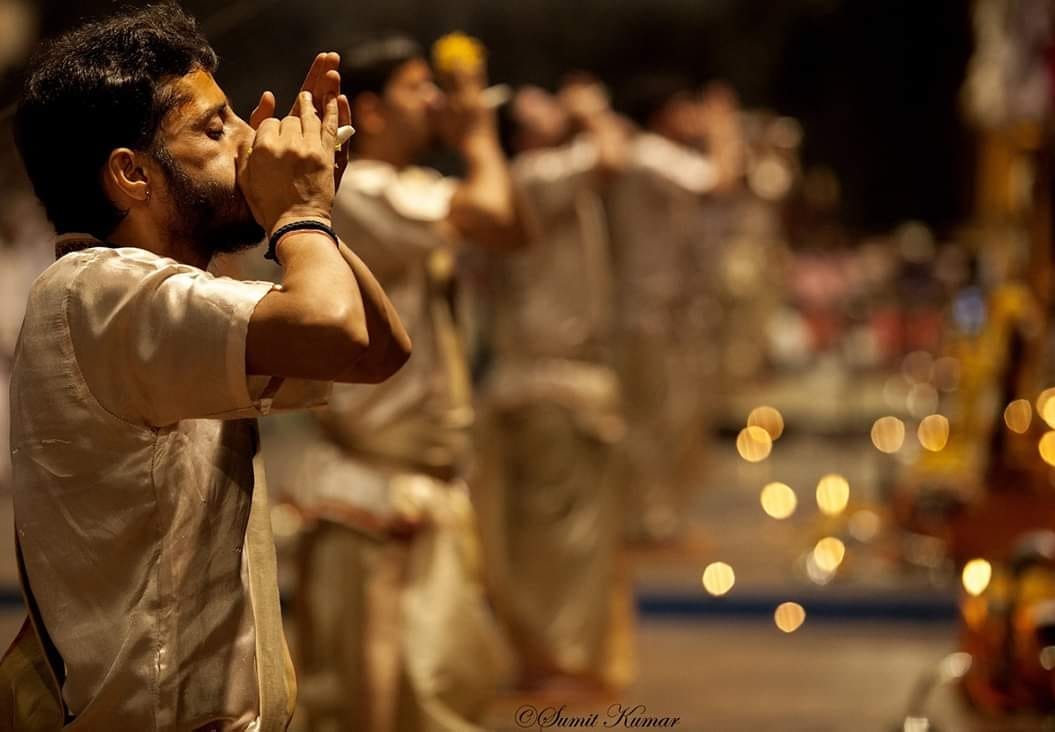 Aarti ceremony on the River Ganges

Precisely from the Dashashwamedh ghat we can participate in the Aarti ceremony, one of the most interesting activities for every visitor to do in Varanasi. The ceremony, performed with brass lanterns, flowers and incense, is a Hindu ritual of worship that takes place every evening when the sun has set.

Sarnath, located 12 kilometers from Varanasi, is famous as it was where Gautama Buddha first taught Dharma, after his enlightenment.

The Dharmekh stupa, which dates back to 200 BC, and Mulagandhakuti, the place where Buddha spent his first season of meditation, are some of the most recommended visits in Sarnath.

Without a doubt, an excursion to Sarnath is one of the things to do in Varanasi that we recommend.

Cremation ceremony on the Ghats Cremation ceremony on the Ghats

One of the most famous spiritual rituals of the Hindu religion is the cremation of corpses. Worshipers from all over India come to Varanasi to cremate their loved ones and throw the ashes into the Ganges River.

The eldest son is in charge of carrying out the cremation, which consists of placing the body between wood until it is covered and then lighting the fire. The son must shave his hair leaving a small ponytail called “Chutiya” and take a bath to purify himself before starting the ceremony.

In the Hindu religion not all bodies can be cremated. The corpses of priests, children and pregnant women are not cremated and must be thrown into the river wrapped in a white cloak and with a stone tied so that they do not float.

The most important ghat where we can see how cremations are carried out is Manikarnika Ghat and it is one of the essential things to do in Varanasi, always with the greatest respect.

In Varanasi we find a large number of ashrams where you can practice yoga. We recommend you join some of the outdoor yoga classes that take place on the banks of the Ganges at dawn. A unique experience and one of the activities that we recommend on our list of things to do in Varanasi.

Ayurveda, a Hindu word that means life and science, is an ancient alternative medicine technique that promotes balance between body and mind. One of the most popular ways to heal and correct imbalances is the Ayurveda massage, one of the activities that we recommend in our list of things to do in Varanasi.

The city of Varanasi is famous for its silk sarees and handcrafted jewelry. We recommend you visit the local market to do some shopping and take home the best souvenirs from the city. The major shopping areas are Vishwanath Lane, Chowk and Thatheri Bazar.

Indian food is truly exquisite and enjoys a wide variety.
Some of the city’s specialties are snow cones, roasted peanuts, lachos, puri bread, tamatar chaat or paan, made from betel leaf. Tasting Indian cuisine is one of the things to do in Varanasi that you cannot miss.

Places to see in Varanasi- Banaras

The city of Varanasi is a city that will make us feel intense emotions that are difficult to express. That is the real secret of the city. In Varanasi life and death come together. Pilgrims flock to the city to achieve liberation from the cycle of birth and death. Manikarnika is the most important Ghat to see in Varanasi and to which most city walking tours and boat tours take you. As I mentioned before, through the ritual of cremation the human body is disintegrated into its 5 basic elements to get rid of the wheel of reincarnation. In Manikarnika you can observe these rituals throughout the river.

However, pay close attention. In general, non-Hindus are not allowed to enter and observe. Therefore, if they let you in or observe, you must have a lot of respect and, it goes without saying that photography and video are strictly prohibited.

The Dashashwamedh Ghat is the second most important Ghat in Varanasi. It is larger in size than Manikarnika. However, it is one of the most curious Ghats to see in Varanasi because it is located on what was an ancient temple of the kings of Varanasi and it has some incredible steps that overlook the banks of the Ganges river where you can see people bathing ( to purify your soul) and where all the time people wash their clothes.

This is the third holiest Ghat to see in Varanasi. In this Ghat all the Hindu pilgrimages to Varanasi arrive because the meaning of this Ghat means that the one who immerses himself in these waters will obtain the blessings of all the tirthas; that is, the holy places of the Hindus.

Along the entire Ganges Bank, especially on the west side, you will find different Ghats where different Hindu rituals are performed. In some they immerse themselves to purify themselves, in others they perform cremation rituals, in others they celebrate festivals and, in some, they even wash their clothes.

There are many Ghats to see in Varanasi. Previously, I already mentioned the 3 most important ones. Therefore, now I will give you the names of some others that are worth visiting if you have some time:

The Golden Temple is the most important thing to see in Varanasi. However, it is a temple that is solely dedicated to Hindu people. Although, of course! there are always westerners who manage to trick the security guards a bit and manage to get inside to appreciate the beautiful reliefs and decorations inside.

The Golden Temple used to be completely covered in gold. However, during the wars and the decline of Varanasi it was all stolen and today it only has paint that simulates the gold it once had.

If you want to appreciate something unusual as a Westerner, I definitely recommend coming to the monkey temple. In itself, the temple of the monkeys are not so different from other temples that you will see when traveling to India.

However, the curious thing that you will be able to see here is how the monkeys have taken over and made the temple their own. Be careful when visiting the temple! many are trained to steal their belongings from tourists.

On the other side of the river, you can see the Ramnagar Fort, the most important thing to see in Varanasi. This fort was also important because it helped protect the city from invasions. In order for you to reach it, you will have to take a boat from one of the Ghats of Varanasi to reach it.

How to get to Varanasi from Delhi?

The easiest and simplest option that I recommend to travel from Delhi, Agra or Khjurao to Varanasi is by flight or train or local buses. You can find cheap flights to Varanasi from almost any city in India, especially if you search for them on our site. The cost is not high, the trip will cost you around €55 for a single flight and, from New Delhi, the flight takes 1 hour and 10 minutes. You can also travel by bus and train from the closest cities of Varanasi, I will tell you about this information in this post.