Kerala is located in the southwestern tip of India and is one of the most popular states for international & domestic tourists. A trip to Kerala puts you in touch with ancient traditions, tropical landscapes and endless beaches.

The city of Cochin and its natural parks are essential attractions of what is known as the “Land of the Gods”.

Population: The 35 million Keralis, or Mallus, live in this state with a democratically elected communist government for decades. That has made it a unique place in India, with 99% literacy, a good basic education system and enviable religious tolerance. Kerala is 55% Hindu, 25% Muslim and 20% Christian.

Languages: Malayalam is Kerala’s own and official language and one of the 25 recognized in the Indian Constitution. It is spoken by about 35 million people. English is also widely spoken, and unlike in Tamil Nadu, many Keralis speak either Hindi or Urdu.

What to see in Kerala: the essential destinations

Kerala is a state with impressive nature. The Malabar coast has corners of great beauty such as the bays of Kovalam or the cliffs of Varkala, but also long fine sandy beaches in Mararikulam, Poovar or north of Cochin.

Many travelers usually end their trip to South India in Kerala, as it is the best place to relax and take care of the body and mind.

The mountains of Kerala are the Western Ghats. At this latitude, tea plantations were established that you can see in various places such as Periyar, Munnar or in the Ooty area that already belongs to Tamil Nadu.

The Cardamom Hills area is the epicenter of the production of pepper and cardamom, the two most valued spices in South India. 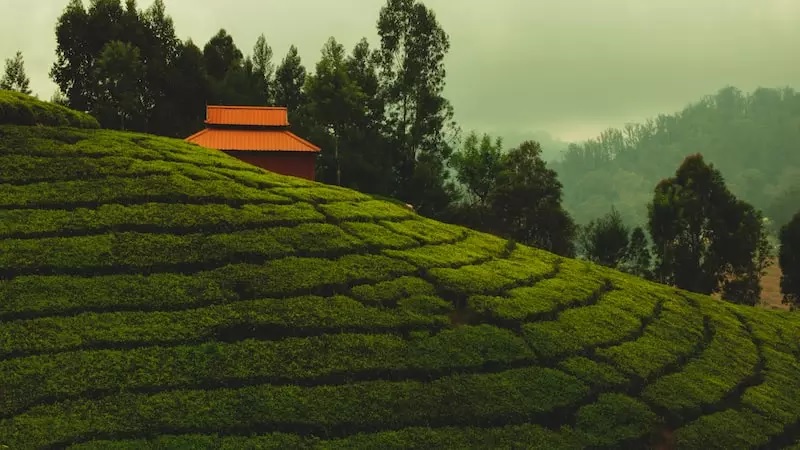 Kerala has a unique ecosystem, the backwaters. This area reclaimed from the sea is full of rice fields and isolated villages that you can visit aboard a Kettuvalam.

The traditional boats for transporting rice have been converted into floating houses with all the comforts. It seems that time has not passed in this region around the city of Allephey. 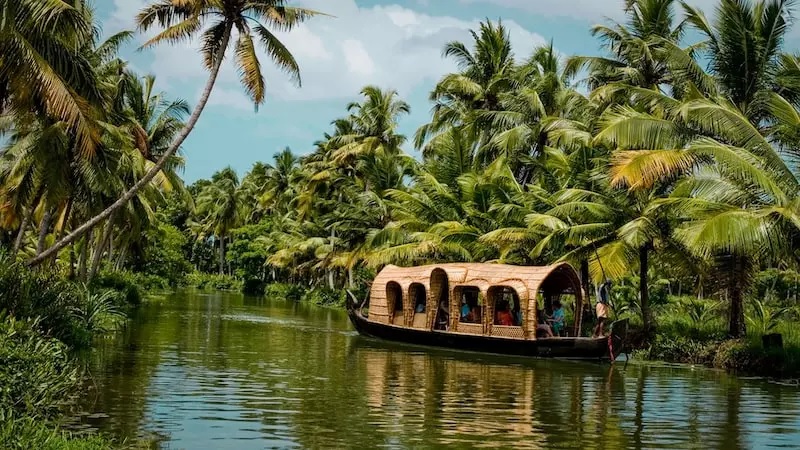 Periyar Nature Park
Kerala’s natural parks have a very diverse fauna, from herds of elephants to Bengal tigers. However, they are very leafy parks, so sightings are difficult, except in the dry season.

The most famous nature reserve is Periyar, but there are also other great places to enjoy nature like Parambikulam, Silent Valley or Eravikulam. 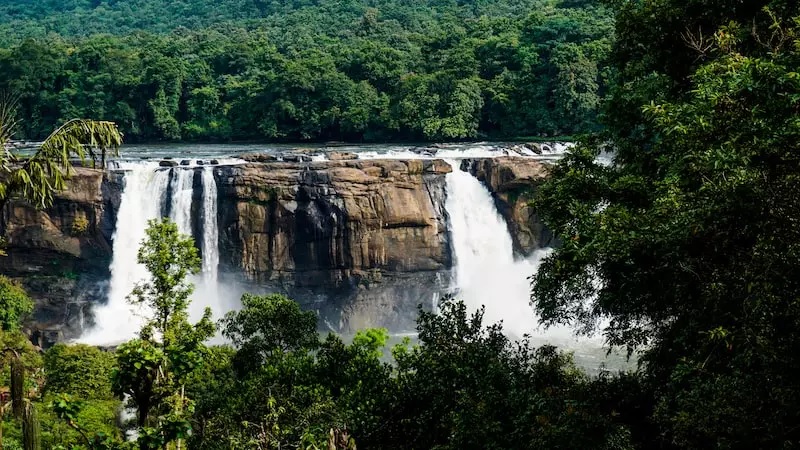 In terms of historical and cultural heritage, Kerala was one of the first regions of India to have contact with the world, thanks to spices.

Cochin is the cultural capital of South India and a cosmopolitan city, the result of population mixing and European rule for five centuries. Synagogues, royal palaces, colonial warehouses… All in a city built on islands that celebrates the most famous Art Biennale in India. 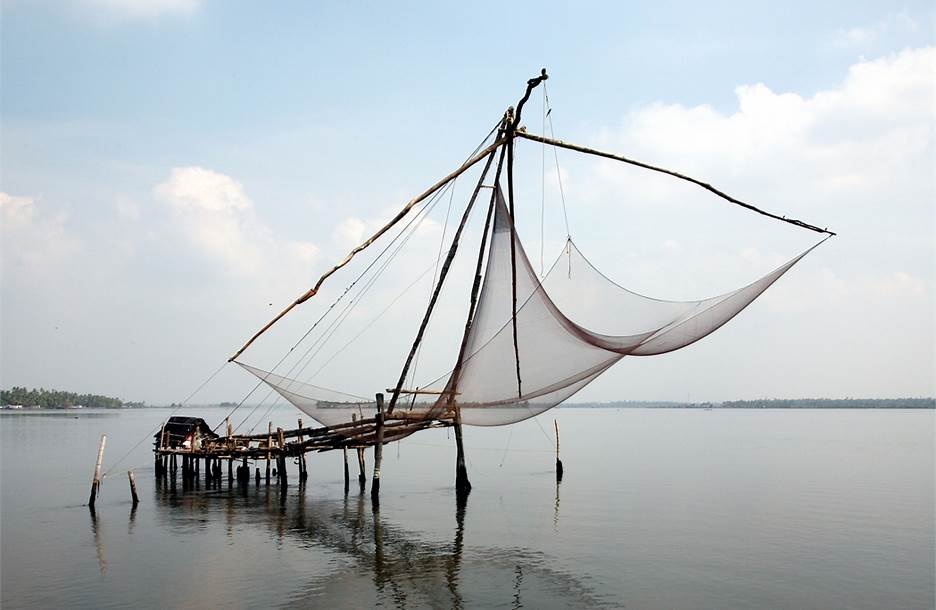 The state capital is Trivandrum (Thiruvananthapuram) is less well known but has many historical buildings such as the Maharaja’s palace and Lord Napier’s residence. In addition, you can go to the beaches of Kovalam that are half an hour away by car.

As a curiosity, you should know that the Hindu temples in Kerala do not allow access to non-Hindus. For this reason, unlike other areas of India, visits to places of worship are less. Instead, you will be able to tour synagogues with many centuries behind them, Portuguese churches and the oldest mosques in India. 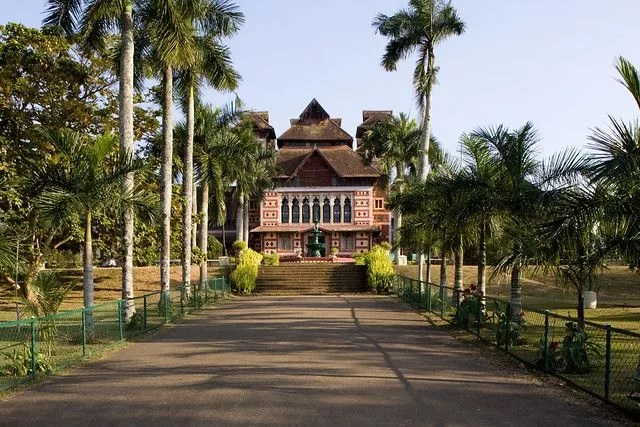 Kerala is also known as the birthplace of Ayurveda. In fact, no other state in India has upheld the practices of traditional Indian medicine with the same zeal.

Here you will find the Ayurvedic clinic where you can perform a panchakarma or simply a purification for a few days before returning home.

How to reach to Kerala

Arrival in the state of Kerala is usually done through the airports of Cochin (COK) and Trivandrum (TRV). Both international airports have domestic and international connections with various European capitals, although the best way to connect to Kerala is through the Middle East. There are many flights from Emirates, Qatar Airways, Etihad and other Gulf airlines.

Calicut (CCJ) was one of the great capitals of the state. Today it gives access to the main nature reserves in the Western Ghats such as Wayanad, Silent Valley or Muthanga.

Kannur (CNN) is an area with a Muslim majority and that has a special attraction if you want to enjoy little-known beaches. 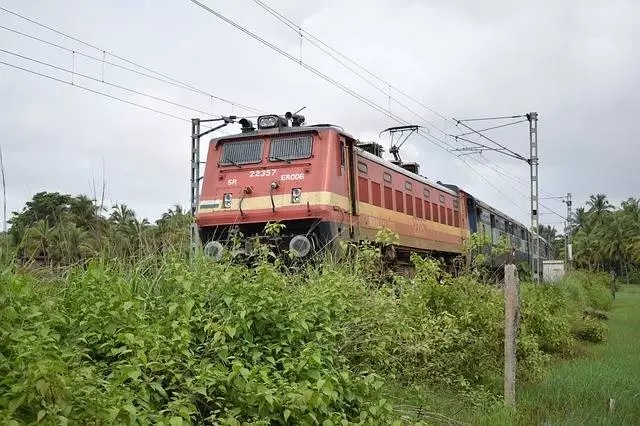 From Madurai along the coast. Kanyakumari is accessed from the south through a sparsely populated area of Tamil Nadu. In the extreme south, in addition to Kanyakumari, you can stop at various points of interest such as the Suchindram temple or the Padmanabhapuram palace in Thuckalay. The entrance to Kerala is made through an area of beaches and mangroves and immediately you reach Kovalam and Trivandrum. The total of this journey is 8 hours.

From Madurai over the mountain. You can enter the state by crossing the Western Ghats stopping at Periyar or Munnar. The ascent from Madurai takes about 3 hours and the descent to the lowlands of Kerala about 5-6 hours to the backwaters or Cochin. You should dedicate one or two nights to see the natural park and the tea plantations.

From Mysore. Kerala can be accessed through a very interesting area with the natural parks of Muthanga, Bandipur and Mudumalai. The tour continues to Ooty and Kodaikanal in Tamil Nadu to finally descend towards Calicut or Cochin. This route deserves several stops. 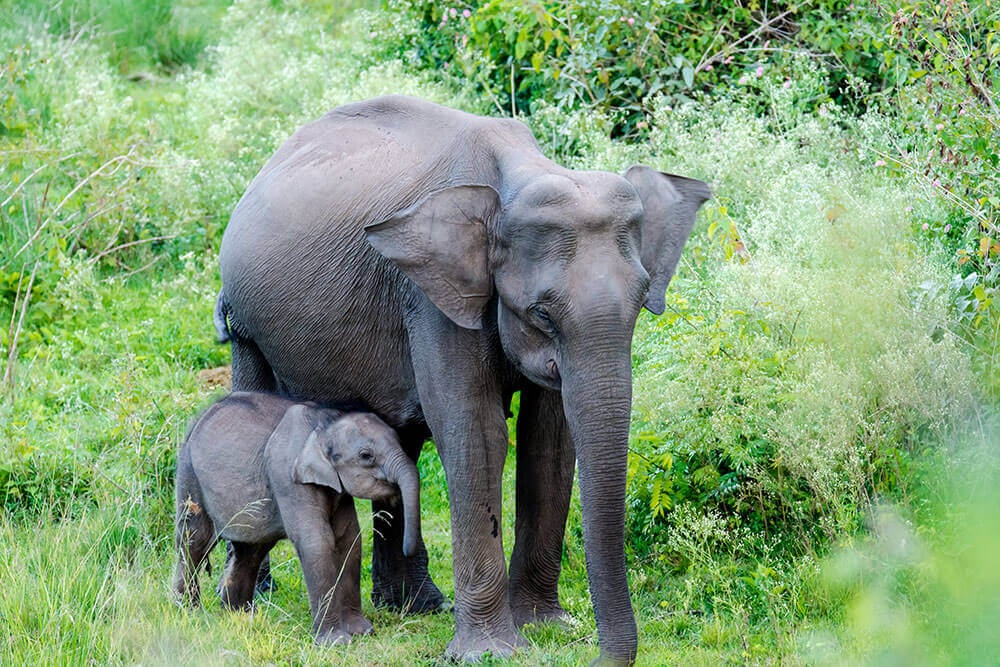 How to get around Kerala
Do not trust that Kerala is small and highly developed. Road transport in the state takes quite a long time. Therefore, for long distances between the north and the south of the state, choose the train if possible.

Kerala’s public buses go everywhere, but they make thousands of stops. It is important that you are prepared for very long journeys on the coast, since you have to cross many towns with very intense traffic. If you go at a time when it can rain, you should know that the windows do not have glass, only a blind that does not close well and it is common for water to enter the vehicle.

Kerala’s mountain roads are much calmer in terms of traffic, but they are curvy and often in poor condition.

A good option to travel around Kerala is to hire local taxis between the main tourist destinations and then move around with public transport, autorickshaw or on foot, since they are cities or small towns such as Fort Kochi, Kovalam, Varkala or Periyar.

The best time to travel to Kerala

A trip to Kerala greatly depends on the time of year you travel. Most of the year in Kerala there is a humid tropical climate, which allows for the lush landscapes of the state.

However, keep in mind that the monsoon enters India from the southwest and when it arrives loaded with rain it leaves two or three months of continuous flooding. The Kerala monsoon is the most intense in India. It is not recommended to travel around Kerala in the months of May to July.

In the Western Ghats there is always cooler weather and drizzle is common throughout the year, although more intense from May to September.

A good option to travel around Kerala is to hire local taxis between the main tourist destinations and then move around with public transport, autorickshaw or on foot, since they are cities or small towns such as Fort Kochi, Kovalam, Varkala or Periyar. 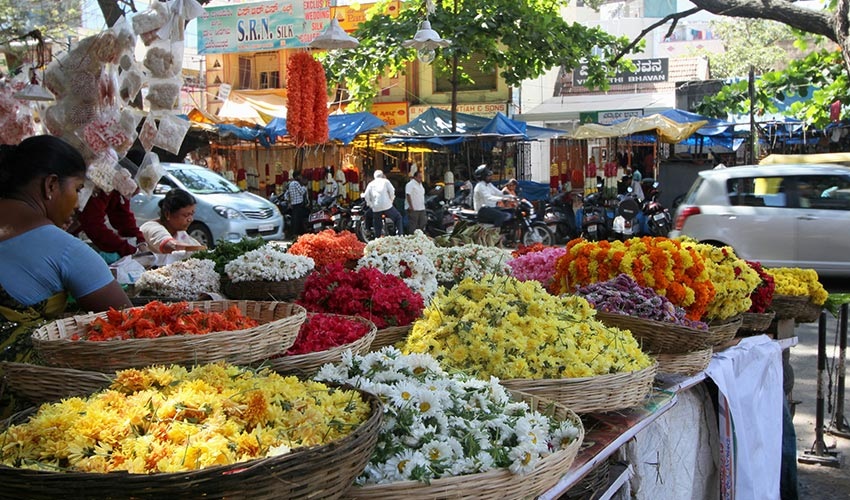 The best time to travel to Kerala

A trip to Kerala greatly depends on the time of year you travel. Most of the year in Kerala there is a humid tropical climate, which allows for the lush landscapes of the state.

However, keep in mind that the monsoon enters India from the southwest and when it arrives loaded with rain it leaves two or three months of continuous flooding. The Kerala monsoon is the most intense in India. It is not recommended to travel around Kerala in the months of May to July.

In the Western Ghats there is always cooler weather and drizzle is common throughout the year, although more intense from May to September. 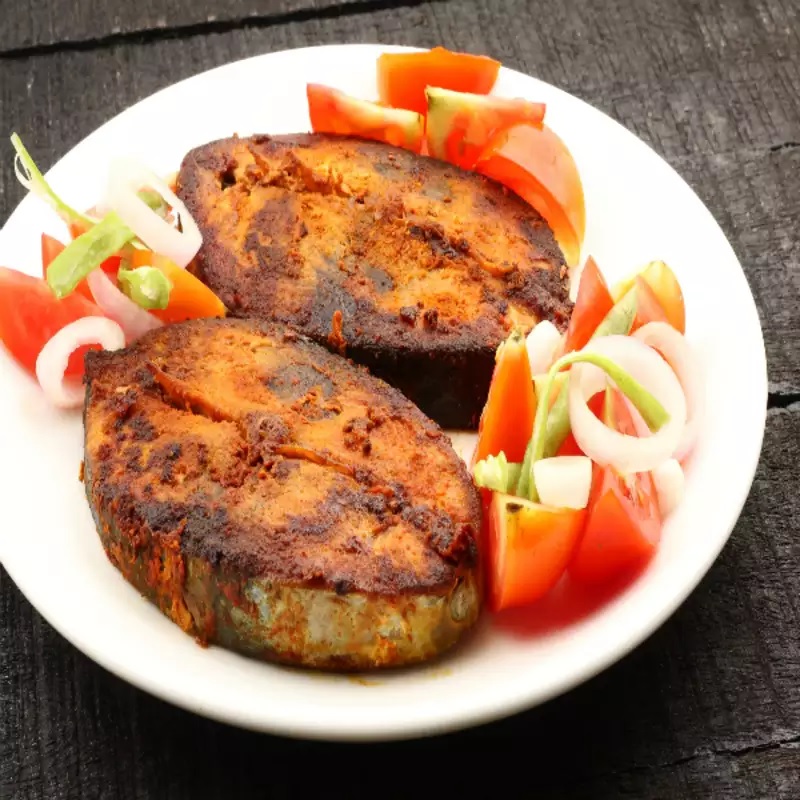 Kerala Festivals
The most important festival in Kerala is Onam. It usually falls between August and September and during the ten days of Onam there is a lot of movement in the shops for locals. On the main day of Onam everything is closed.

Another marked date in the Kerala calendar is the snake boat races. The most popular team sport in the world consists of races in long boats (chundan valloms) of about 30 meters with more than a hundred rowers each. The most famous regatta is the Nehru Trophy in August which is held on the Vembanad Lake.

What to eat in Kerala
Kerala cuisine has a lot in common with other South Indian states. Unlike its neighboring states, Tamil Nadu is a more arid region in some areas. The most famous Tamil dishes are:

Red bananas. Kerala means the country of coconuts, but actually the most iconic fruit is bananas. There are more than 50 varieties cultivated in Kerala, many of them unique in the world.

Fish fry. Fish is a fundamental ingredient of the Kerala diet. There are various fish that are coated in spices and fried to complete the daily Kerali menu.

Kottu paratha. This repurposed dish uses Malabar parathas, the typical Kerala bread, sliced and bathed in a chicken curry with a little of its sauce to stir it up. It’s like fried rice but with bread as the base ingredient.

Fish moilee. A mild coconut milk based fish curry very common in the state of Kerala.

Appam with kurma. Appam is a bread made from fermented rice flour that is served with vegetarian curries such as kurma, a very light recipe made from coconut milk and turmeric. 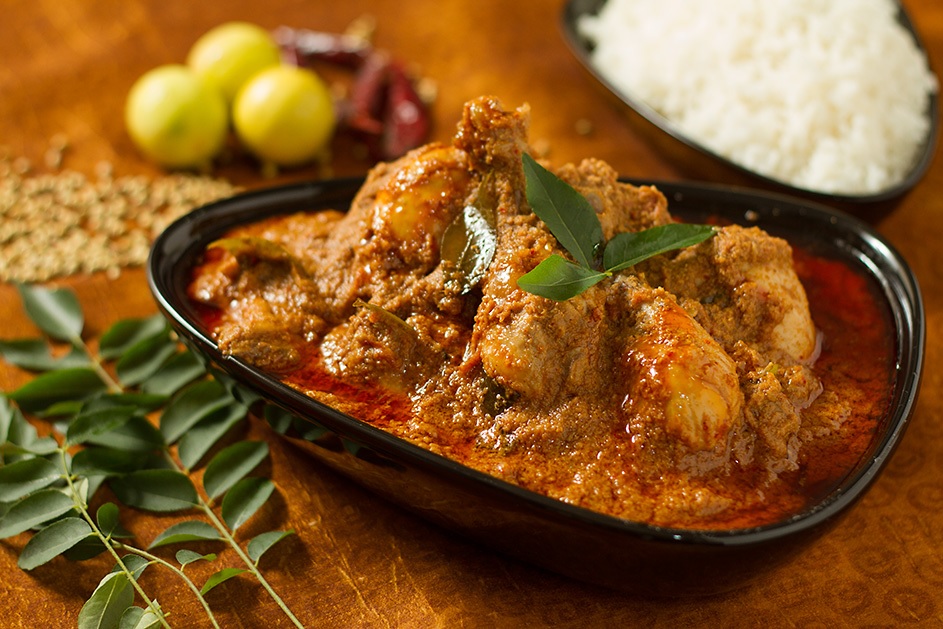